Under the provisions of the Ombudsman Act, the ombudsman investigates complaints from people who feel that they have been treated unfairly by government. "Government" includes provincial government departments, crown corporations, and other government entities such as regional health authorities, planning districts and conservation districts. It also includes all municipalities.

Experience tells us that it is in the administration of government programs and benefits, through the application of laws, policies, and rules, where most problems are encountered resulting in decisions or actions that may be perceived as unfair or unreasonable. Sometimes practices, procedures, actions or decisions are inconsistent with, or contrary to, policy or legislation, or are otherwise unfair. These are the matters about which a person who feels aggrieved can complain to the ombudsman. 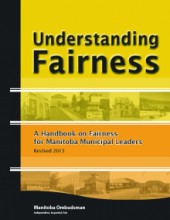